As a nascent state, Pakistan faced myriad of challenges to give itself a firm basis. Despite being deprived of the timely assest supply and struck with management crisis owing to the two parts of country (East and West Pakistan), the nation persisted to grow. 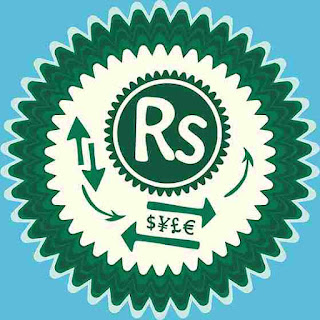 The growth in economy is evident as average income increased by 150% from 1950 to 1996. Despite the transfer of power between civilian and military regimes back and forth, the nation managed to display an annual growth rate of 6% during the first four decades.

• The era from 1947-1957 was wielded by a sprouting state to bring in stabilization despite being deprived of sources in all major sectors.

• During Gen. Ayub Khan's era, the state managed an average growth rate of 5.82%.

• The agricultural and manufacturing sectors evolved by 6% and 17% respectively. It is also distinguished as the 'Great Decade' when analysts observed a three times faster economic growth as compared to other South Asian Countries.

• Zulfiqar Ali Bhutto came to power in 1971. His reign was referred to as a decade of bad luck for Pakistan, particularly due to the separation of East Pakistan in 1971.
• His policy of "Nationalization of Financial Institutions" amassed great loss to the industrial sector of the country. • It led to a sheer drop in growth rate from 6.8% per annum in the 1960s to 4.8% per annum in the 1970s.

• In 1977, General Zia-ul-Haq came to power and introduced an Islamization policy to gain political support.
• Pakistan was also serving at the forefront against the Soviet Union, leading to a vast inflow of aid from the USA.
• Therefore, an annual growth rate of 6.6% was recorded. Inflation faced a steep drop, curtailing poverty and increasing stipends.

• Governments of Benazir Bhutto and Nawaz Sharif succeeded each other back and forth during this decade but economy remained stagnant.
• When Benazir came into power, economy was on the verge of collapse. She assured reversing policies of caretaker government to provide relief to the poor, ameliorating inflation. The economic growth rate dropped to 4%, poverty rose to 33% and inflation got doubled.
• The total public debt was recorded as 99.3% of it's GDP, the highest in South Asia.

• During his reign, Pakistan was one of the four fastest growing economies in Asia. The economic growth accelerated as GDP was more than double.
• Annual economic growth during this period was recorded to be 7%. This helped in reducing poverty, generating 13 million jobs, cutting down the external debt to half and increasing foreign exchange reserves on a large scale.

• Yousaf Raza Gillani and Asif Ali Zardari came to power in 2008. Economic growth rate dropped to 4% and debt increased from $38.8 billion to $56 billion in 2010.
• Nawaz Sharif came to power in 2013 and the external debt rose to $92 billion by end of his reign in 2018. However, the economic growth rate rose to 5.8% and a major decline in fuel prices was witnessed.
• Initiation of CPEC in 2015 stimulated the generation of employment opportunities for locals.

• In 2018, Imran Khan came into power after a struggle of 22 years with an aim to boost economy statistically.
• However, in 2019 the GDP growth rate fell to a drastic low of 0.99% due to the outbreak of global pandemic but enriched future policies helped it thrive.
• After Khan was ousted in April 2022, Pakistan Economic Survey 2021-22 displayed the evolving economy under his leadership.
• GDP grew to a remarkable 5.97% against the set target of 4.8% while the Agricultural sector flourished by 4.40% and services sector grew by a massive 6.19%.
Tags
Current affairs Economy Education Pakistan affairs
Related Article