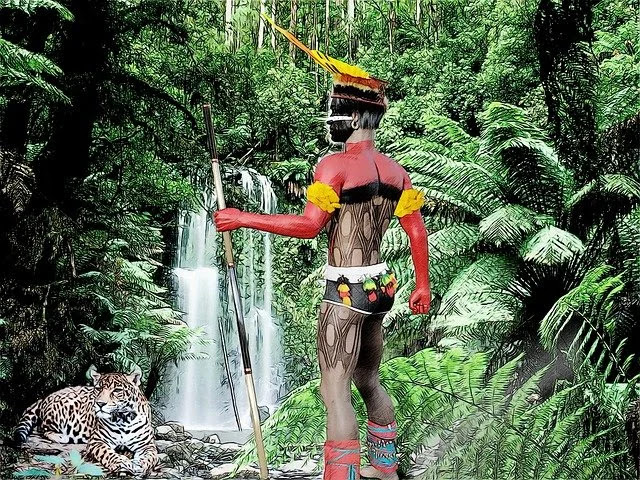 Most of the tribesmen survived the death alone at the hands of developers, dug a hole and covered their bodies with parrot feathers when they were found.

Most of the tribe's people were killed at the hands of developers of the Brazilian Amazon rainforest, and the last native of a single surviving tribe died after living in hiding for 27 years. He cut off contact with the outside world and lived digging pits in various places, so his name, age, etc. were not known. Called 'Man in the Hole', he was found dead and covered in parrot feathers all over his body.

According to the British BBC on the 29th, Mr. A has been living alone in the Amazon Tanaru indigenous area that borders Bolivia for about 27 years. Mr. A was not originally alone. In the early 1970s, a bloody wind blew in Mr. A's tribe. Developers and herders trying to clear the native land came in and killed most of the tribe's people. Seven people, including Mr. A, survived, but in an attack by illegal miners in 1995, 6 people died and only Mr. A survived.

At the time, the Brazilian National Indigenous Foundation tried to find out about Mr. A's existence and contact him, but Mr. A refused. He lived alone and left over 50 straw huts. Inside the hut was a pit 3 m deep. It appears that Mr. A hunted wild pigs or cultivated corn and papaya and kept them in a pit. There is also an interpretation that he may have dug a pit for evacuation in case of an outsider attack.

Pakistan will be submerged

Obesity is a disease

Under Brazilian law, indigenous peoples of the Amazon are guaranteed titles to land they have traditionally occupied. Based on this, access from outsiders has been restricted since 1998 in the Tanaru indigenous area where Mr. A has lived. However, developers have threatened the natives to occupy the 8070 ha (hectare) area. Bullet marks were also found near Mr. A's cabin in 2009.