China usually criticized for its lending practices to poorer countries, accused of leaving them struggling to repay debts and therefore vulnerable to pressure from Beijing.

China is one of the biggest single creditor nations in the world. 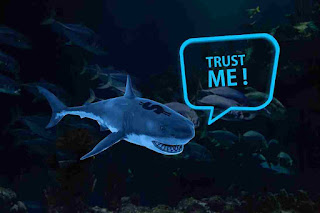 China's loans to lower and middle-income countries have tripled over the past decade, reaching $170bn by the end of 2020.

There are now more than 40 low and middle-income countries, whose debt exposure to Chinese lenders is more than 10% of their GDP.

But for now, let us understand how China has laid a trap for our southern neighbor, Sri Lanka?

Going back to 2008, the Lankan govt wanted to build a port in Hambantota, but Sri Lanka had just come out of a bloody civil war, so no country wanted to loan it money.

No country, but China!

So Sri Lanka took a loan of $1.05 billion from China, but the port failed to generate enough revenue.
The country fell under a debt burden, with more than 80% of its GDP going towards repaying foreign
loans.
Sri Lanka eventually defaulted on the loan in 2018, and as a part of the deal, handed over the very strategic port completely to China.
Several loans like this had emptied Sri Lanka's foreign reserves.
So when its tourism industry was shut down in 2020 due to the virus, it didn't have the money to import enough food for its population, which led to the situation it's facing currently.

China's aim may or may not be to put countries in a debt trap to seize their assets.
But, it is crystal clear that all these credit lines to poor countries are pure and strategic investments.
What do you think?
Does China have any evil intentions?
Share your thoughts in the comment section.
Tags
Economy International Issue world affairs
Related Article