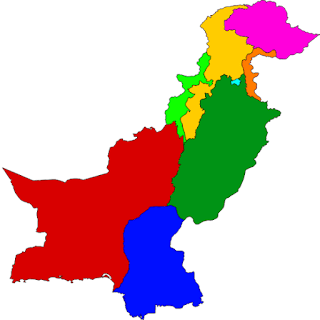 • Federalism is defined as the form of system where powers are divided between center and province.

• It increases citizenship participation and believes in sharing the power.

• Pakistan is a federal state where powers are divided among the federation (central) and provinces.

• For nations like Pakistan, where there's a diversity of opinion, federalism is the most practical form of system.

History of Federalism in Pakistan

• The challenge of peaceful transfer of power was one of the main challenges for federalism in Pakistan. In the beginning Pakistan didn't have any constitution. It was working on Indian act of 1935 which has three main principles: Pakistan being a federation, a democratic state and provision of fundamental rights.
• Objective resolution of 1949 was an important development. There were multiple regime changes in Pakistan from 1947 to 1956 that weakened the federation.
• Pakistan's first constitution was formulated in 1956 and abolished in 1958 when martial law was imposed by General Ayub Khan. Ayub era remained from 1958 to 1969 and in 1970 elections were announced.
• However, the biggest dereliction of Ayub era was his failure in establishing the harmony between East and West Pakistan.
• Due to the popular uprising for dissolving the martial law in 1970, the elections were announced.
• The conflict between two wings of Pakistan was generated on the basis of discrimination and lack of representation. Pakistan broke into two parts.
• In 1971, Mr. Bhutto became the Prime Minister and the 3rd constitution of Pakistan was passed in 1973 which is still practiced.
• Pakistan faced the martial laws of General Zia and General Musharraf.
• The civil-military scrimmage is long outstanding. In 2008, PPP became the first political party to conclude its tenure.
• After PPP, PML N completed its tenure. PTI, however, couldn't manage to do so due to recent political turmoil.
• Imran Khan had to leave office as a result of a vote of no-confidence and PTI narrative states it as a conspiracy of USA for regime change in Pakistan. 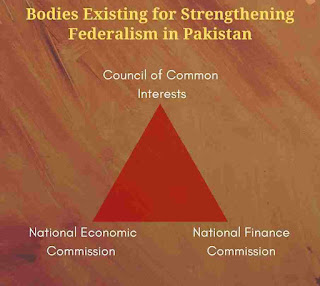 Current Challenges to Federation in Pakistan

• Bad Governance
• Lack of trust among people
• Lack of and unequal development
• Inequitable distribution of resources Classic example is of Balochistan.
• Institutions coming out of their respective domains.
• Weak political parties and leadership.
• Vacuum generation for military
• Lack of long-term planning
• Lack of strong legislations for further strengthening the political systems
• Inflation and protests

How Federation could be strengthened in Pakistan?