President Xi is a 'frightened bully,' says Pelosi on US TV 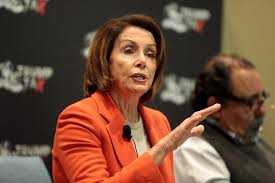 U.S. House Speaker Nancy Pelosi is seen in this photo.

Us House Speaker Nancy Pelosi criticized Chinese President Xi Jinping for "behaving like a frightened bully" in an interview with MSNBC television on the 9th. Pelosi, who decided to visit Taiwan amid strong objections from China, emphasized that "the Chinese president should not decide whether or not US lawmakers will visit Taiwan."

On the same day, Pelosi gave a media interview for the first time after visiting Asia including Taiwan and Japan. "Xi is in a precarious position," Pelosi said, citing China's stagnating economy and her visit to Taiwan before the Communist Party Congress this fall, when Xi is aiming for a third term as general secretary of the Communist Party. It pointed out. He said he was "not complicit" in isolating Taiwan, explaining why he decided to visit, and that his trip to Asia was "very productive."

'symbol of Thailand' or a 'shame'

How To Draw Cartoon Bases