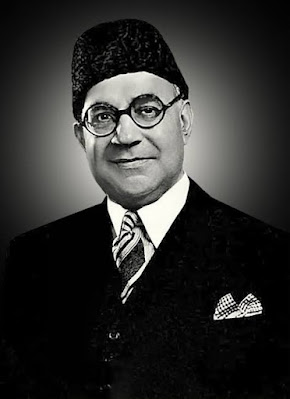 What is Objectives Resolution?

• On March 12, 1949, The Constituent Assembly stepped forward to frame the Constitution by passing the Objectives Resolution under the supervision of Liaquat Ali Khan.

• According to Liaquat Ali Khan, it stood next to independence in significance and should be adopted in future Constitutions as its basis is laid on tenets of democracy, parity and social justice.

• The sovereignty belongs to Allah alone.
• Under the rules set by Allah authority should be delegated to the State through its people.
• Constituent Assembly should be framed the Constitution of Pakistan.
• The state should exercise  powers by the chosen representatives.
• Principles of democracy, should be followed like freedom, equality, tolerance and social justice.
• Muslims shall live their lives in the light of teachings of the Quran and Sunnah.
• Minorities can freely perform and practice their religion.
• Government should be federal form with the maximum autonomy for the Units.
• Fundamental rights including equality of status, social, economic, and political justice and freedom of thought, expression, faith, worship, and association should be given to all the citizens of the state.
• It would be the duty of the state to safeguard the interests of minorities and backward classes.
• The Judiciary independency   should be guaranteed.
• The integrity of the sovereignty of the safeguarded.
• The people of Pakistan  may attain their place amongst the nations of the world and make their full contribution towards international peace.

• It comprised the fundamental dogmas of both the Islamic political system and the Western Democracy.
• The resolution was used as a preface for the constitution of 1956, 1962 and 1973.
• It was introduced in the 1973 Constitution as an attachment to uphold the Resolution even if the Constitution is repealed in future.
• In 1985, the then President General Zia-ul-I-Iaq made it an integral component of the 1973 Constitution using Art.

• Except for Mian Iftikharuddin, who considered the statements of resolution 'vague', the Muslims conceded to the adoption of Resolution.

• Although Liaquat All Khan ensured
the rights' conservation of the minorities once the enforcement of resolution is practised, the fear of Muslim dominance overpowered the non-Muslims and hence, they opposed it.
Tags
History Pakistan affairs
Related Article