When the Taliban Close Schools, We Open Women's Libraries 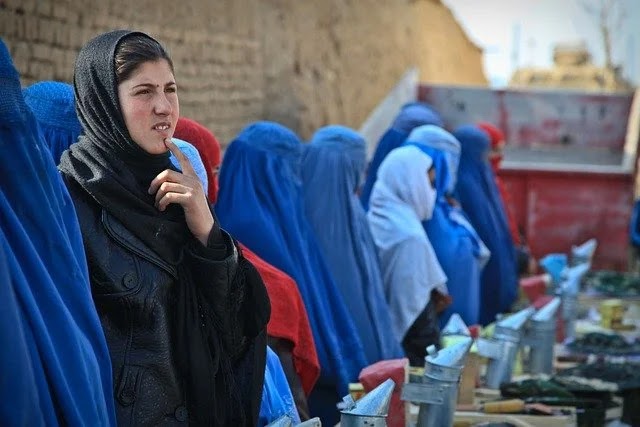 “The Taliban cannot get us out of society.”

Women's rights activists in Afghanistan (Afghanistan), where women's rights have been threatened since the re-occupier of the Taliban in August last year, opened a library for women in the capital Kabul, Reuters reported on the 24th (local time).

"The Taliban can't get us out of society," Masova Habibi, who attended the library's opening ceremony, told Reuters that day.

The reason Afghan women's rights activists opened the library is because the Taliban are implementing policies that threaten women's human rights, such as not allowing girls to attend middle and high schools and restricting women's employment.

The Taliban said on August 17 last year, right after the occupation of Kabul, that they would "allow women to work and study within the framework of Islam", but the reality was different. It was forced to wear a burka, a hijab that covers the entire body with only the eyes exposed, and women were not allowed to travel long distances without accompanying a male family member.

In March of this year, the permit for girls to attend middle and high schools was overturned just two days after the announcement. Expectations that it will be different from the Taliban regime (1996-2001) 20 years ago are being broken. Some Afghan women held a protest demanding 'bread, jobs and freedom' on the 13th, two days before the first anniversary of the Taliban's takeover of Afghanistan, but Taliban members violently dispersed them.

Us withdrawal from Afghanistan

"We opened the library for two purposes," said Julia Parsi, one of the library's founders. said.

The library has over 1000 books. There are novels and picture books as well as books on politics, economy, and society. Most of the books were donated by teachers, poets and writers to the Crystal Bayat Foundation, an Afghan women's rights organization that helped establish the library.