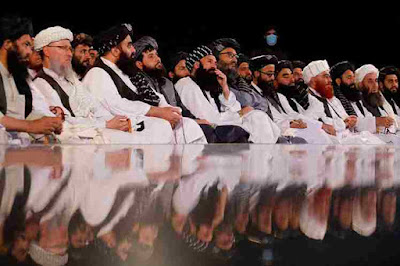 On the 15th, US State Department spokesman Price said that the withdrawal of US troops from Afghanistan a year ago ended the war in Afghanistan, which lasted for about 20 years, saying, "It was not easy to end the longest war in US history. This decision has enabled us to focus more on opportunities as well as threats and challenges," he said. He also reiterated that he will continue to provide diplomatic and humanitarian assistance in cooperation with allies and others.

Citing great power competition from China, Russia's invasion of Ukraine, the coronavirus pandemic and climate change, Price said, "we can now focus our resources on addressing new global challenges." explained. "The end of our military mission is not the end of our diplomatic and humanitarian mission. We will continue to support the Afghan people in dire economic circumstances," he said.

In April 2021, President Biden announced the complete withdrawal of US troops stationed in Afghanistan by September 11, 2021 (later changed to the end of August). While the U.S. forces are moving forward with their withdrawal, the Islamist Taliban has expanded its territory to fill the "power vacuum." On August 15, when the Taliban prepared to invade the capital Kabul, then-President Ghani fled the country. The Afghan regime collapsed and the Taliban were restored. U.S. forces completed their withdrawal on August 30.